Manufacturing in the UK – an Outsider’s Perspective 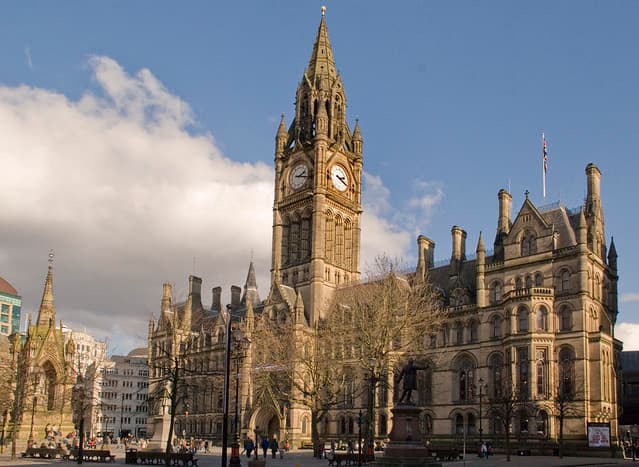 Half of Fractory’s team is comprised of mechanical engineers. The company’s value proposition clicked in our minds and made sense. Everyone understood the need for such a solution.

All of us have either worked as engineers abroad or at least come into contact with international suppliers. The problems are the same everywhere – long lead times and clumsy procurement processes. Hence the early interest from abroad and many orders from neighbouring countries even when we didn’t have an international manufacturing network.

Our proposition was already good enough – we made manufacturing easy. We have progressed to a stage where we are confident that the product is ready for mass adoption. Fractory has proven itself. So it was time to establish an office elsewhere to offer the best possible service and support.

Table of Contents hide
I Manufacturing in the UK
II How’s the Reception?

Manufacturing in the UK

It would maybe seem better from the outset, if I told you that we weighed all options very carefully. To be frank – there was only one logical next step. The UK. Why?

Firstly, we had already established a customer base there. Plenty of people showed interest and were also ordering from us. But we weren’t exactly offering a service as good as on mainland Europe. Mainly because we just didn’t have local manufacturing partners. We want to keep lead times under 5 working days but it wasn’t possible with that kind of shipping distances.

Secondly, the UK manufacturing industry is huge. It employs 2.6 million people. That’s twice the population of Estonia. This means that even if exporting from the UK is more difficult because of its location, there’s still a great market to serve. But we’re definitely not excluding the possibility for export – there’s just so much competence and know-how that is worth sharing to nearby countries.

While the manufacturing sector is old and powerful, it is open to innovation. Although we pretty much knew it based on our customer feedback, we did some research. The same article linked above states that 81% are ready to invest in digital technologies to boost productivity. What about a technology like ours? One that doesn’t need any investments but still boosts productivity?

Thirdly, the entry barrier to the market is low. Everybody speaks English. We can do our research ourselves. Of course, we needed someone to establish ties with local enterprises and who better to do that than a proper Englishman? So we got local sales engineers on board. But nothing gets lost in translation. It’s an important factor when doing your first full foreign market entry.

Back in our original market, establishing ourselves was difficult. The manufacturers didn’t really want to join the platform at first, although the on-boarding process is easy and there are no obligations. There’s just an opportunity for more work without extra expenses on marketing. Even after showing the numbers of growing orders, it was difficult to change the sentiment.

Yes, we had done the research about the UK’s openness to new tech. We also had some examples in the form of Estonian companies coming over with great success. But it still seemed logical that finding interested partners would prove difficult at first. It’s rather the contrary.

Jason is constantly finding good leads to turn into manufacturing partners. We are getting applications through our website. We’ve been invited to speak at conferences and universities. We’ve been called to join manufacturing and Industry 4.0 organisations. Not just accepted, called to join. Although we have firmly established ourselves in the Baltic market, it’s still hard to find such willingness to join forces for a common cause.

All this is a great testament to the UK manufacturing culture. The UK has powerful long-lasting traditions but you’re not resting on your laurels. The only way forward is by making progress. If someone can be of help on the journey, they’re welcome.

And Fractory feels very welcome in the UK!

Want to save time on ordering metal fabrication?

You can now simply upload your CAD files to Fractory’s online platform to get: