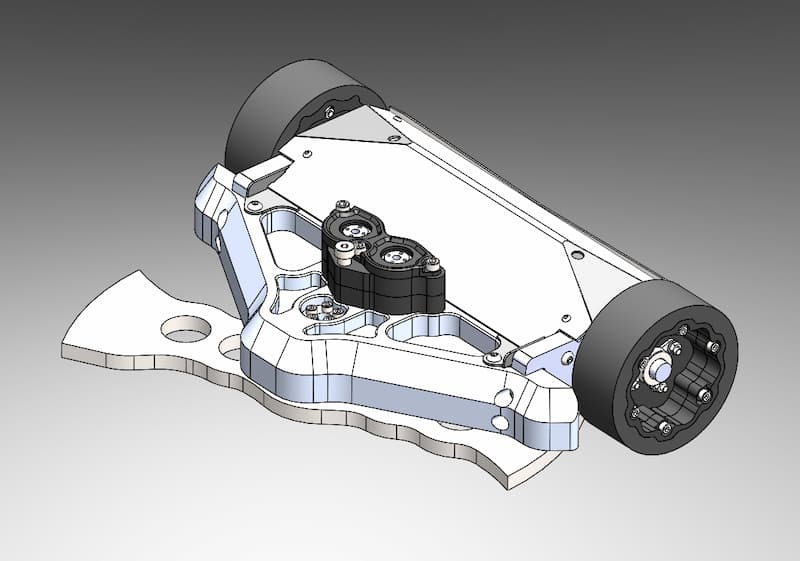 Last year, we were presented the opportunity to put our manufacturing quality to the ultimate test. And I’m not talking about the ultimate tensile strength test. A team getting ready for BattleBots wanted our help, and how could we refuse.

Of course, the virus had its own plans and the team couldn’t participate in the 2020 edition. But this won’t last forever, so we had a chat with the Jäger team to learn about their plans for the future and what makes robot combat so popular among viewers as well as builders.

Here’s what the team had to say.

Table of Contents hide
I How many people are there in your team and what’s your background?
II Have you worked together on any other combat projects in the past?
III What would participating in BattleBots mean to you?
IV When are we actually going to see you there?
V What does robot combat bring to the table besides entertainment value?
VI What are the necessary engineering skills for someone looking to enter the bot fighting arena?
VII Is there a difference between day-to-day engineering vs bots engineering?
VIII What is something that you have learned during this journey every engineer should know?

How many people are there in your team and what’s your background?

We have 5 team members: Andy, Charlie, Cosmin, Jonas and Ralf. We all compete regularly in the Beetleweight (1.5kg) and Featherweight (13.6kg) robot combat classes. Between us, we hold multiple championship titles in the UK, Germany and the Netherlands.

Have you worked together on any other combat projects in the past?

Jäger is the first project on which we’ve all worked together. Ralf and Jonas have previously competed together with a 2-robot clusterbot called Quack Quack. However, the robot combat community is very tight-knit, so we’ve informally helped each other out on numerous occasions in the past.

What would participating in BattleBots mean to you?

Participating in BattleBots is a childhood dream for all of us. Furthermore, it is the top robot combat championship and, as such, getting our application accepted would already constitute a major achievement for our years of competing and honing our skills in the lower weight classes.

When are we actually going to see you there?

We were initially accepted to the 2020 season of Battlebots, however, we couldn’t attend the filming due to the global pandemic. We’ve now applied for the next season and hope to be accepted again, so hopefully, you’ll see us on the big screen this year!

What does robot combat bring to the table besides entertainment value?

Robot combat is a great gateway to engineering. In fact, there are numerous people in the community who got started in robot combat without an engineering background and now work as professional engineers.

It involves a large breadth of engineering aspects, including part selection and sourcing, writing and reading documentation, reverse engineering, design, modelling and hands-on fabrication. It’s also very flexible: there are ample opportunities to explore any of these aspects in-depth if desired, however, it’s not usually required.

What are the necessary engineering skills for someone looking to enter the bot fighting arena?

A great thing about robot combat is that the entry barrier to the lower weight classes such as Antweight (150g) and Beetleweight (1.5kg) is very low and it is in fact quite common for people to join the hobby without having any sort of formal engineering training or experience. If you can hand sketch a design and cut it from an impact-resistant plastic such as HDPE or Polycarbonate (e.g. using simple woodworking tools), you can build your first robot.

On the other hand, building heavyweight (250 lbs / 113kg) robots at a high competitive level, such as for Battlebots, is a complex engineering challenge. The entire robot is usually modelled using computer-aided design (CAD). The design space is very large, and the design has to balance different aspects such as cost, ease of serviceability, durability and weapon power. Perhaps some of the most important skills at this level are design for manufacturability (DFM) and cost optimisation.

Our team also does most of the fabrication in-house. This involved computer-aided manufacturing (CAM), manual and CNC machining, welding, etc. The main exception to in-house fabrication was that we make extensive use of laser cut wear steel (Hardox) profiles from Fractory, which in some cases we use as-is, and in others, they’re post-machined and/or welded into assemblies.

Is there a difference between day-to-day engineering vs bots engineering?

The forces involved in robot combat are huge, very easy to underestimate and very hard to simulate. Engineering materials considered impact-resistant will suffer brittle failures, fasteners have to be oversized, and parts commonly fail in new and surprising ways. It’s a running gag in the community that a professional engineer’s first robot almost always falls apart in combat, while a robot builder’s first non-robot project is ridiculously overbuilt.

What is something that you have learned during this journey every engineer should know?

Always be as thorough as possible in planning and designing every component/assembly, and avoid taking shortcuts, it’ll save time and money, in the long run, doing stuff properly the first time without rushing or compromising!