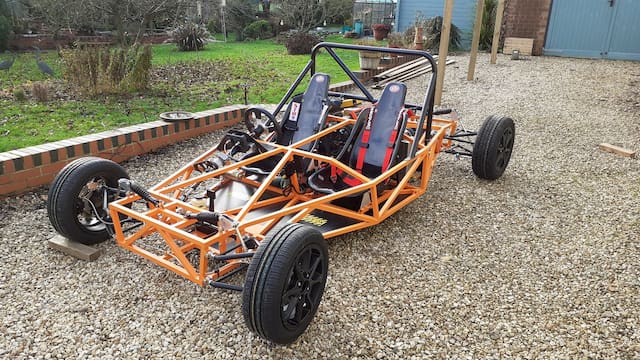 In our quest to find interesting customers to talk to, we stumbled upon the epitome of a DIY engineer – Roger. Hopefully you’ll enjoy reading this as much as we enjoyed talking to him.

My background is in electronics. I have a Bachelor’s in Applied Physics, but I have always been interested in cars and aircraft.

My father was in the UK Royal Air Force and flew the legendary Vulcan bomber. The sound of the Olympus turbojet engines in these aircraft was no doubt the source of my turbine obsession.

I spent a number of years working for another legend, Cosworth Racing. During those years, still working in electronics, I absorbed a lot of knowledge from world-class mechanical engineers.

Your website has a variety of projects on show. What have you actually made yourself?

All my projects have been related to the restoration to running condition of small gas turbine power plants, either used originally to drive electrical generators or for starting larger turbine engines.

I think what does it for me is the beautiful simplicity of rotating blades compared to the insane motion of pistons.

What brought you to this world of DIY?

Intense curiosity mostly! I have to know how things work. Sometimes I take new stuff apart before I have even used it to see how it works, and perhaps also see how it doesn’t work and could be better.

Also, I find that I can’t buy something, and can’t get someone to make it for me. I have to learn new stuff, and design what I think will do the job.

This route doesn’t always work. You’ve overlooked something and have to start again – this is where Fractory would be such a good choice, to make parts far more quickly than I could, and inexpensively too.

What is your latest project? 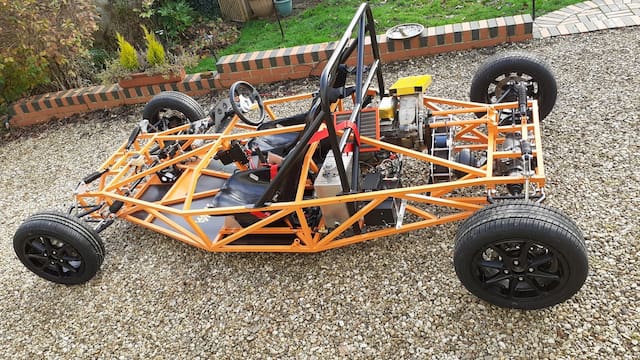 The latest project, in fact pretty well the only project for the last few years, is the Gas Turbine Vehicle.

I can’t really call it a car. It has no comforts and in its current form unlikely to be public road worthy. I guess it should be called “Gas Turbine Demonstration Vehicle”.

How far is it?

If you ignore the fact that the vehicle has no body work, apart from an undertray, I would have to say it is 85% complete.

I’m sure the first shakedown test will tell whether it is more or less than 85%.

Why did you want to make a car?

I’m pleased to answer that question – my Aunt, who was very technically minded, when she saw my collection of restored turbines said pointedly “Yes, but what are you going to do with them?”

It would have been rude to say “If you need to ask, you couldn’t possibly understand!” So I had to concede she had a point.

I really wanted to make a helicopter, but realising this was way too dangerous, settled on a car… Well, actually I thought I could “just” modify a kart chassis. Having had the opportunity to drive a kart, I realised the chassis would need to be bigger and more sophisticated and have suspension.

Most gas turbine car projects I have seen either take a pure “jet engine”, or modify a gas turbine to make it into a “jet engine”. That is, the power take-off section is removed and replaced by some sort of propelling nozzle.

Now, jet propulsion is efficient if you want to travel at 1000 km/h, but is hopelessly inefficient at say 100 km/h. So I wanted to build a vehicle to demonstrate this.

I found a small gas turbine that could be used – with some modification and adaptation – to drive the wheels of my demonstrator directly.

Do you design and make everything yourself?

I designed and built the entire chassis, suspension, hubs and a lot of the transmission as well as all the electronics for the Gas Turbine Vehicle project. I don’t claim to be a mechanical expert, I had some help with the chassis and suspension design.

Until I discovered Fractory, I made everything I couldn’t buy off the shelf, or needed to be bespoke. For example, I had to make brake disks myself on the lathe and milling machine – now I know Fractory could have made these in days, probably cheaper than I could buy the material.

Where do you get the necessary information from?

Of course, most of my information comes from the internet, but there are still books and friends!

The online laser cutting quoting system is awesome! I tried three UK companies offering laser cutting services, only one replied (actually AFTER the Fractory parts had been delivered) and wanted to know what the annual volume would be, etc.