Most competitive studies have found that 70-100% of manufacturing incidents are due to human error. It can happen with the most well-trained and experienced person. There are many reasons for these lapses. It is important to reduce these mistakes to cut waste and maximize productivity.

Interestingly, the above two goals are also the core objectives of lean manufacturing. Lean manufacturing aims to reduce seven different types of wastes in manufacturing. Addressing them helps streamline the process and increase productivity while reducing costs and preventing incidents, accidents, and near misses.

It suggests seven production concepts and tools to improve our processes. One of the lean manufacturing methods is poka-yoke. Poka-yoke is a Japanese term that means mistake-proofing. It aims to reduce the number of defects as well as incidents that occur due to inadvertent actions taken by humans when working.

Initially, the Japanese developed this technique for manufacturing but due to its versatile nature and the need for mistake-proofing, it soon found its way into many other industries.

Table of Contents hide
I Origin
II What Is the Poka-Yoke Technique?
III When to Use It?
IV Guidelines for Applying Poka-Yoke
V Poka-Yoke Principles
VI Different Types
VII Examples of Poka-Yoke
VIII Conclusion

The poka-yoke technique originates from Japan. An industrial engineer by the name of Shigeo Shingo developed this method while working at Toyota. He developed the guidelines to detect the defects at the source as well as methods to rectify them.

The technique first caught the attention of the West in 1990 when Womack published his classic management book “The Machine That Changed the World”. It was the first book to introduce the Toyota Production System (TPS) to the world. They described the lean systems of Japan in comprehensive detail.

They also compared the lean manufacturing system with the mass production model put in use by General Motors at the time and predicted that the former production system would be more successful in the long run. In the 90s, Toyota was half the size of General Motors. Eventually, it passed GM as the largest automaker in the world.

What Is the Poka-Yoke Technique?

As discussed, poka-yoke means mistake-proofing, or sometimes described as fool proofing. In this technique, the engineers anticipate the kind of mistakes or defects that may occur in the manufacturing process as well as during the product’s use and install preventive measures into the process/product to prevent them altogether.

In other words, poka-yoke is a type of quality control with the aim to ensure that all parts function properly.

A common example is how an interlock is built into top load washing machines to prevent rotational movement while the lid is open. Or how, in front-loaded washing machines, the door can only be unlocked when the wash cycle is completed.

Similar devices are built into almost every machinery to prevent unintended use. They may also prevent mistakes in manufacturing by eliminating the possibility of making that mistake or alerting the responsible person about the mistake and initiating corrective action.

When to Use It?

Poka-yoke aims to reduce human errors wherever they could occur. This means there is a need for it in practically every industry. The solution to each problem is different. We can prevent such mistakes by following a set of guidelines that help us to find possible solutions.

But before we get to these guidelines, let’s see when and where can poka-yoke really make a difference to our processes and products. When we boil it down to the basics, three types of causes lead to mistakes.

Faulty memory can cause a person to forget important steps in the production process and cause the following types of mistakes.

During the assembling phase, the employee may forget to insert a part that should be in the final assembly.

Faulty memory can cause an employee to miss a process step such as removing a part, pressing switches, or recording measurements.

Sometimes, errors may spring due to an incorrect assessment of the situation. Examples of such errors are using incorrect part or material quantities, wrong interpretation of procedures, and incorrect evaluation of dangerous situations

When there are lapses in execution, it can cause errors and lead to defects. Some examples of such errors are as follows.

This refers to errors in setting up the machine and jigs/fixtures correctly for the workpiece.

This type includes mistakes made in step execution. Either the operator performs the step incorrectly or in a wrong sequence.

Use of incorrect parts

When wrong parts are used in the process.

The use of poka-yoke aims to reduce or eliminate the mistakes above by not allowing the person at hand to proceed without taking all the necessary steps.

For example, you may not be able to assemble the final product without putting in all the pieces in the right order (missing part). Or sensors prohibit starting the machine if everything is not in place (setup error).

Pretty much every problem has a way for fool-proofing, meaning that human mistakes and

The above errors are avoidable with the right poka-yoke technique in place. The following process steps must be followed to address them.

This step entails problem definition and analysis. After identifying the operation or process, we start the investigation for the cause of the error.

An error or defect usually has two types of causes – an immediate cause and a root cause. Sometimes, there may be more than one root cause.

It is imperative to trace the cause all the way to the root cause. Eliminating this will usually take care of many possible problems at once.

A good method to find the root cause is to use the 5-why approach suggested in the DMAIC methodology of Six sigma.

Generation and assessment of solutions

Once we are aware of the root cause, we can look for possible solutions.

We can choose from various poka-yoke approaches such as installing interlocks to prevent further operation on detecting an anomaly (control approach) or bringing it to the responsible person’s attention (warning approach).

Once we have selected the technique, we implement it in the system and measure its effectiveness.

With the right implementation, we will be a step closer to our ultimate goal of zero errors/defects.

There are two principles that prevent defects in finished parts. Either we can detect the parts with the wrong specifications before they are collected with the remaining finished parts or we can prevent the defects from occurring in the first place.

Both methods are used in the industry after comparing their relative feasibility.

In this method, we employ measures after the process is complete to detect the defective products and separate them from the good ones. The measures depend on the process but the one golden rule is that they should be as simple and inexpensive as possible.

Some of the devices we can use are:

These devices help us inspect the final product for defects. The system then either stops the process and notifies the person-in-charge or segregates the defective product for later review.

Preventive devices are placed at positions in the assembly line where the mistake can occur. Some of the devices that are usually employed are as follows:

These methods are preferred over the detection method wherever possible as prevention can reduce wastage besides preventing defects. But in cases where the cost of prevention far exceeds the cost due to wastage and detection, the latter is preferred.

The above goals of preventing and detecting product defects are crucial to achieving a zero-defect rate. We achieve these objectives by using the devices mentioned in defect and error prevention in actual techniques that we then embed into the system.

There are three types of poka-yoke:

In the contact method, we measure the part’s physical attributes (size, colour, finish) and geometry using sensors. This type of mistake-proofing is used in settings where there are environmental constraints such as inadequate illumination, poor visibility (due to dust, sparks, etc.), critical temperature, etc.

It is also a good method for circumstances where there is rapid repetition or intermittent production.

When it comes to designing products, the contact method refers to adding asymmetrical appendages or modifying the part design in a way that restricts the use of the product in only one orientation.

Good examples include different charging cables, where the asymmetrical ends allow fitting the cable into the charging port in a single orientation only.

Although it all seems very simple, there are still some pitfalls to be aware of. The video below illustrates how a little bit of creativity can nullify your efforts in the engineering room.

When the operator needs to repeat the same action multiple times, we use the fixed value (constant number) method. In this method, we fit a counting device that helps the operator keep an accurate count at all times.

We fit a device that can control the number of actions such as the number of moves, length of movement, rates, etc. Some systems alert the operator when the count is reached.

In other cases, an operator will be given only the amount of components required for the assembly to avoid mistakes. For example, if an operator requires four bolts to assemble a component, he gets only four bolts in a box.

When a task has multiple steps and there is a chance of skipping them by mistake, we use the motion stop method. It also prevents the operator from performing a step that is not part of the process. 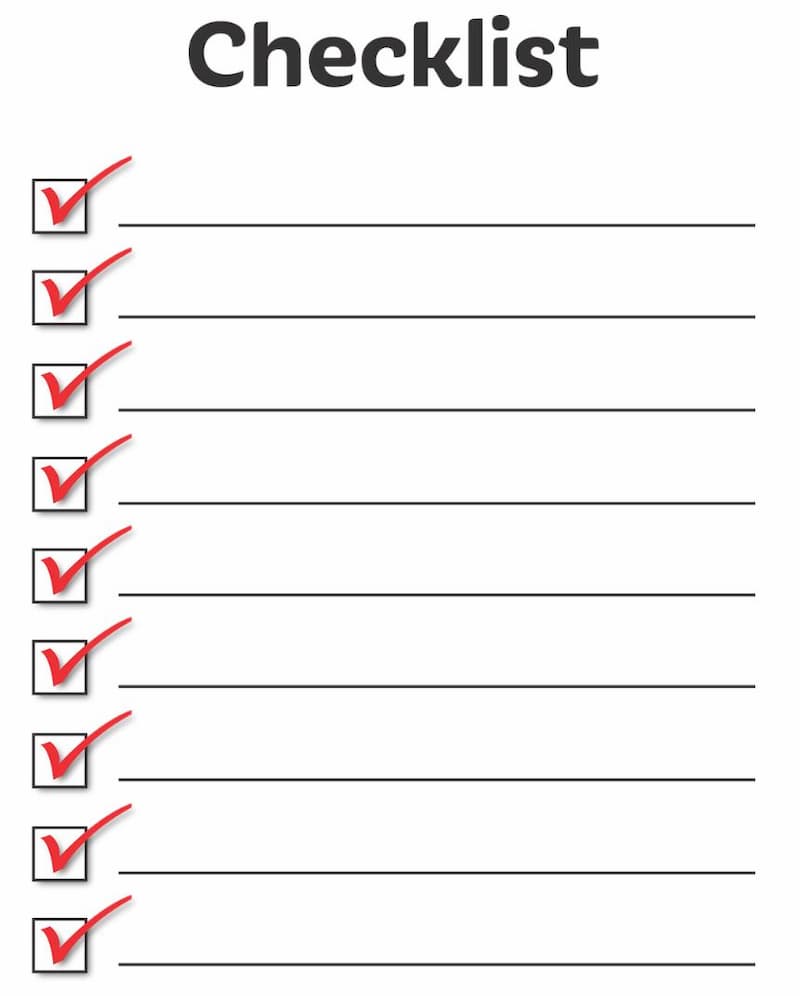 The simplest example of a motion step method is a checklist. The operator is provided with a checklist with the tasks written in sequence and the operator can complete a job in the right manner by following the checklist.

Poka-yoke technique is such a useful and effective technique that it pervades every aspect of our life today. There are many poka-yoke examples both in manufacturing and out of it. Let’s take a look at some of them.

Modern vehicles are full of poka-yoke applications to prevent life-threatening situations and keep the user as well as the pedestrians and nearby vehicles safe.

Some features using poka-yoke are:

Many products in our homes come equipped with poka-yoke features to prevent incorrect use. Some examples of poka-yoke error proofing are as follows:

Evidently, traces of poka-yoke can be found everywhere around us, both at work and at home. This lean manufacturing method brings along a high level of safety for equipment use by preventing accidents from happening.

At the same time, it can be a very effective way to reduce waste in the industry. Applying different measures along the assembly line and throughout the manufacturing process can significantly reduce the number of human errors.

While Shigeo Shingo brought poka-yoke idea to the forefront of quality control a long time ago, there are still a lot of processes that can benefit from the application of it. While customers can enjoy safer products, shop managers can deal with fewer issues at work.

And one of the keys to poka-yoke’s effectiveness is its down-to-earth logic that means that the solutions to increase efficiency do no always have to be high-tech. Often, very simple modifications can have a big overall impact.

Just a little bit of common sense and creativity can go a long way. 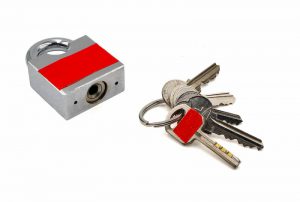