The fourteen types of geometric tolerances in GD&T are divided into 5 main types of control. These are form, location, orientation, profile, and runout.

Form controls determine the shape of individual features in a part. They consist of the following four types of geometric tolerances – straightness, flatness, circularity and cylindricity.

In this post, we shall learn about the flatness callout and how to use it in the right place for maximum efficiency.

Table of Contents hide
I What is Flatness?
II Flatness vs Other Characteristics
III How to Show Flatness on a Drawing?
IV What is Flatness at Maximum Material Condition?
V Measuring the Tolerance
VI Benefits of Using Flatness Tolerance

Many applications need parts with a flat surface. No surface is perfectly flat but using GD&T, we can develop parts with a surface that is flat enough for our application.

The flatness callout controls the uniformity of a surface or a median plane as needed. It defines two parallel planes on either side of the flat surface as the tolerance zone for the surface. All the points on the specified surface must lie between these two planes for part approval.

As flatness refines a surface, we can also use it in a tolerance stack without interfering with other requirements.

Flatness vs Other Characteristics

It may seem like flatness is very similar to other geometric as well as regular tolerances in terms of the final result. So let’s do some 1:1 comparisons in order to make sure the difference is clear to everybody reading this article. 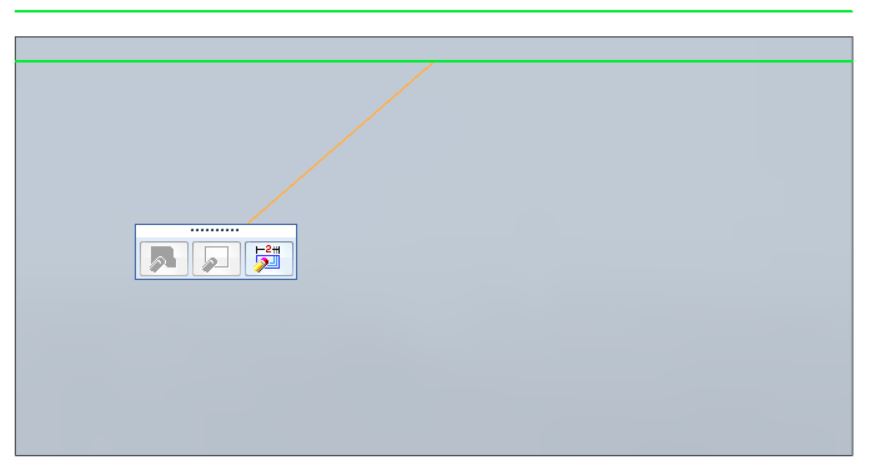 Thus, while straightness only makes sure that a single line on a surface has to be within the limits, GD&T flatness does the same for a collection of lines – a surface.

These two are often confused. Parallelism is not a standalone callout. It needs another feature such as an axis or a surface to relate to. It cannot function without a datum.

On the other hand, flatness does not need a datum. We can use flatness on a surface that is not parallel to any other surface, so there is no reference point to compare the result with other than the closed system itself.

This probably causes the most confusion out of these comparisons.

The image above has a tolerance of +/- 0.1 mm for thickness. All in all, this gives exactly the same result in terms of flatness – it guarantees it as does the one below.

But this one has both the flatness callout AND a +/- tolerance for part thickness. As you can see, the flatness is still inside the same limits – 0.2 mm in total. But now the thickness of the part can vary up to 0.4 mm in both ways or 0.8 mm in total.

Thus, flatness can be achieved without restricting any other dimensions, making it easier to obtain and lowering the total cost.

How to Show Flatness on a Drawing?

The first block contains the geometric characteristic symbol for flatness. It is represented by a parallelogram.

Similar to other form controls, the flatness callout does not need a datum for reference. The leader arrow points to the surface that is under control.

At times, the leader arrow may point towards a size dimension. This indicates that the derived median plane is under flatness control.

What is Flatness at Maximum Material Condition?

Flatness with an MMC modifier can be a bit confusing since flatness is a form control. Form controls do not work with material condition modifiers. So is this callout even valid?

The validity of this callout depends on the type of feature it is applied to. If we call it for single planar surfaces, then this will not be a valid callout.

Flatness with an MMC modifier is a valid callout only when we apply it to a Feature of Size. When the callout is applied for an FOS such as width, instead of controlling the flatness of the surface, it controls the derived median plane. This callout is found in ASME Y14.5-2009, para 5.4.2.1.

Designers use this callout when a certain local size (width, for instance) needs a control tighter than the overall form.

As Rule no. 1 states, a size tolerance controls form as well. The tolerance zone of the size tolerance restricts the controlled feature within the stated measurements. This requirement is no longer in effect though, when we use the flatness callout with MMC as the geometric tolerance adds to the size tolerance (this condition overrides rule no. 1).

In other words, the flatness callout now controls the form and the size tolerance controls only the local width.

There are different ways to check if the final measurements conform to the tolerance set by flatness. The method depends on the surface, so we are going to discuss each instance separately. 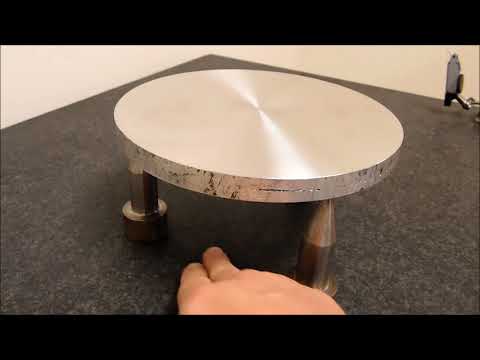 How to Accurately Inspect a Flat Surface

To measure flatness with a height gauge, we need to hold the reference feature parallel. Advanced CMMs (Coordinate measuring machines) can inspect flatness very well. They create virtual planes that mimic the surface to be inspected. This gives accurate measurements.

The height gauge is then run over the entire surface in such a way that it covers every area. We add the maximum positive and negative measurements on the height gauge to calculate the total variance. This variance must be less than the flatness tolerance value to approve the part.

Then, the height gauge and the parts are moved in a manner that covers the full length and width of the surface and the flatness variance of the actual surface is calculated.

Feature of size (Flatness at MMC)

When we are measuring flatness at MMC, we are in fact measuring the flatness of the derived median plane. To inspect flatness when applied to a feature of size, we have two methods:

In this method, we hold two height gauges at opposite ends of the feature of size. Consider a flat plate and the FOS under control through the flatness callout is the width.

We hold a height gauge on the top and the bottom surface in line with each other. The height gauges measure the local thickness. We move them all over the surface to ensure that the entire surface is within the size tolerance. 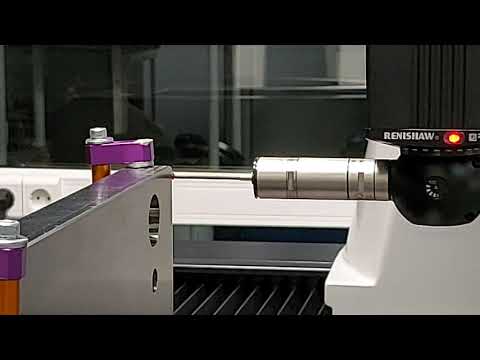 The measurement of flatness, perpendicularity, parallelism

A CMM is capable of making many different types of measurements. But measuring this callout requires some additional preparations.

Consider the same plate as before with the same FOS under control. The plate would have to be positioned in a manner such that the probe can reach both surfaces. Then we mark points on the surface and measure the local thickness at these points. If these thicknesses are within the size limits, we start calculating the midpoint of these opposing points and join them together. The derived median plane then starts to take shape.

Engineering tolerances come in many different shapes and forms (literally), each with its own nuances. Hence, they have different applications and benefits. Flatness is no exception.

Flatness controls the waviness or variation in the surface without putting tighter constraints on the surface.

We use flatness in parts where good mating of two surfaces is crucial but the orientation isn’t that important. Sometimes, designers use the flatness callout to give the entire surface an equal amount of wear. This prevents any wobble when the parts mate.

One of the most common use-cases is applying flatness to sheet metal parts. Laser cutting is one of the most widely used thermal cutting processes. Depending on various factors, the sheet may get deformed during the cutting operation.

Specifying the flatness levels with GD&T will help to ensure that the sheet conforms to your application’s requirements, whether it ends up as a tabletop or a side-sheet for a conveyor.

All in all, it is a simple-to-use tolerance that can help in a lot of cases to avoid any setbacks in the latter stages (assembly phase) of a project.